Monday night, almost midnight, a friend comes over to my room and asks me if I want to go with him to Lyon the following Wednesday and come back the next day for 20€ (round trip). The plan is taking a TGV (French high-speed train), spending the day visiting Lyon, stay overnight there using Couchsurfing and returning the following morning.

So, there we go. Go bought our tickets on Ouigo.com, a website which offers a few destinations at very low prices (later you'll understand why). And then, we try to get in touch with any couchsurfer host. Just one of them answered telling us that the dates had already past (yes, we wrote them wrong in the message). So, we write to more hosts but the few that answer us within a day, tell us it's too late (obviously). Nevertheless, we decided to go either way, hoping to find somewhere to sleep.

The day of the trip, we go to the train station, Marne La Vallée - Chessy, almost an hour away from Paris (Disneyland's train station). My friend tells me that a host has offered him a place to sleep, but we are not quite sure about him, he lives in the suburbs (our return was early in the morning) and it all was a little weird. But we decided to contact him whenever we got wifi.

We arrived in Lyon, at the Saint-Exupéry Station, in less than 2 hours. This station is next to the airport, you must take a tramway to get to the city center and, surprise, it's 13€ for young adults. We didn't really want to pay 13€ so we tried to get "invited" to be given a ride by some locals. Nevertheless, as neither of them invited us, we had to pay the 13€.

So, finally we get to the city center and we walk to the old area of the city, which is a UNESCO World Heritage Site and we found a Starbucks, which was what we were looking for (free Wifi). Using it we did two things: first of all, we gave this Couchsurfer host (who I'm going to refer to as Artemis) our phone number and asked him to contact us as soon as possible. And, secondly, we messaged some users on BlaBlaCar so we wouldn't have to pay that much to get to the station the following day (the prices using BlaBlaCar were about 5€ per person).


Finally, we can start exploring the city! At that moment we were at a Starbucks in Rue de la République. We decided to visit la Place des Jacobins and le Théâtre des Célestins, then we went to the Place Bellecour and, afterwards, we crossed the Saône river to get to the Cathedral.


In that part of the city we just wandered around going wherever we wanted to. It's a really interesting area since it's the oldest one and it's quite different to the other side of the river. In fact, each part separated by the river has a different architectonical style, which is pretty much like traveling from one city to another by crossing each river.

At the end of the afternoon, we decided climbing to the top of the mountain where the Basilica of Notre-Dame de Fourvière is. From up there you can see the whole city from above and you might be capable of recognizing lots of the most important sites of Lyon such as the Place Bellecour, the Opéra, l'Hôtel de Ville... And the 'Crayon'! (this huge, horrible building which, unfortunately, you can see from almost everywhere around the town). 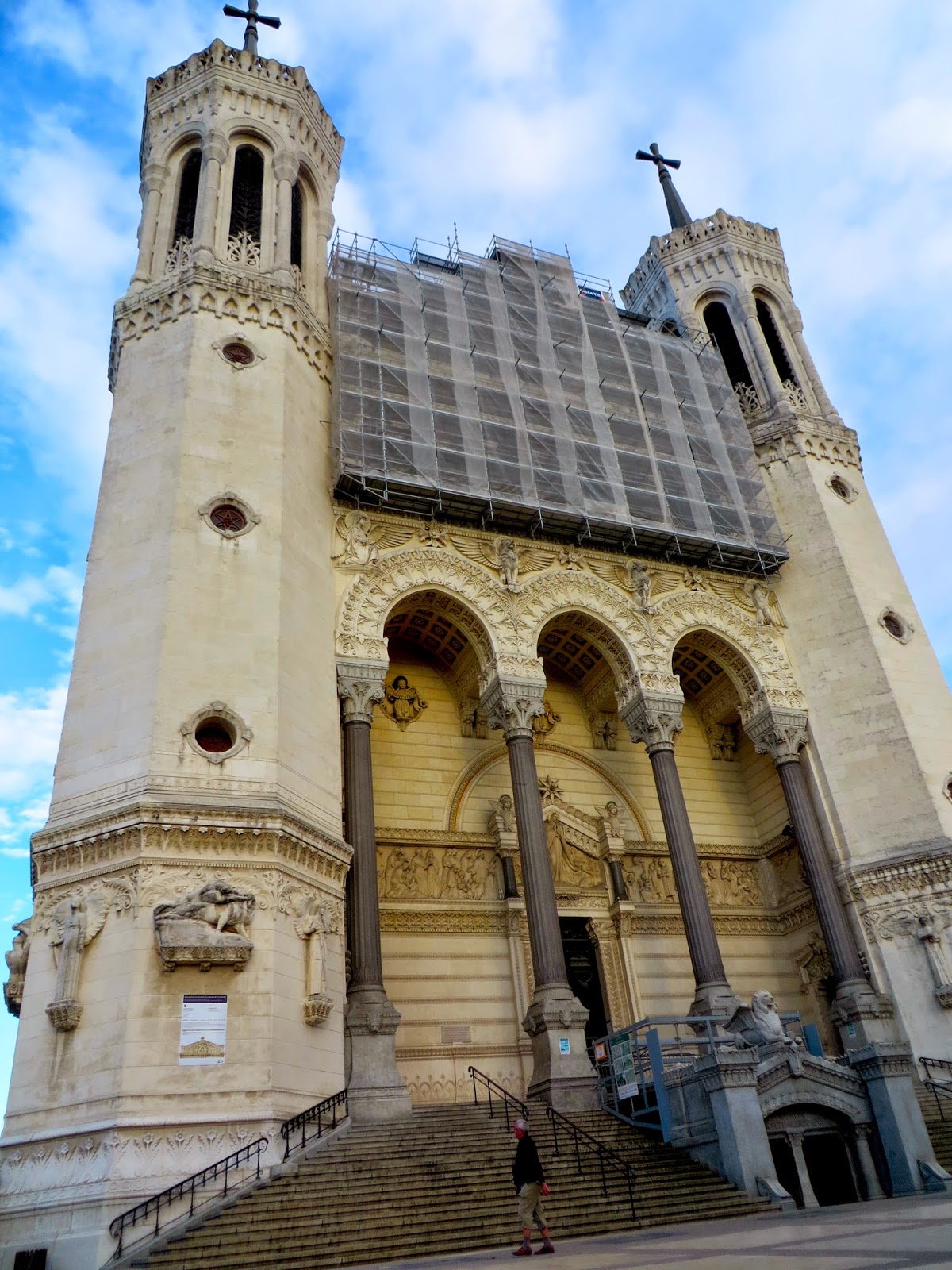 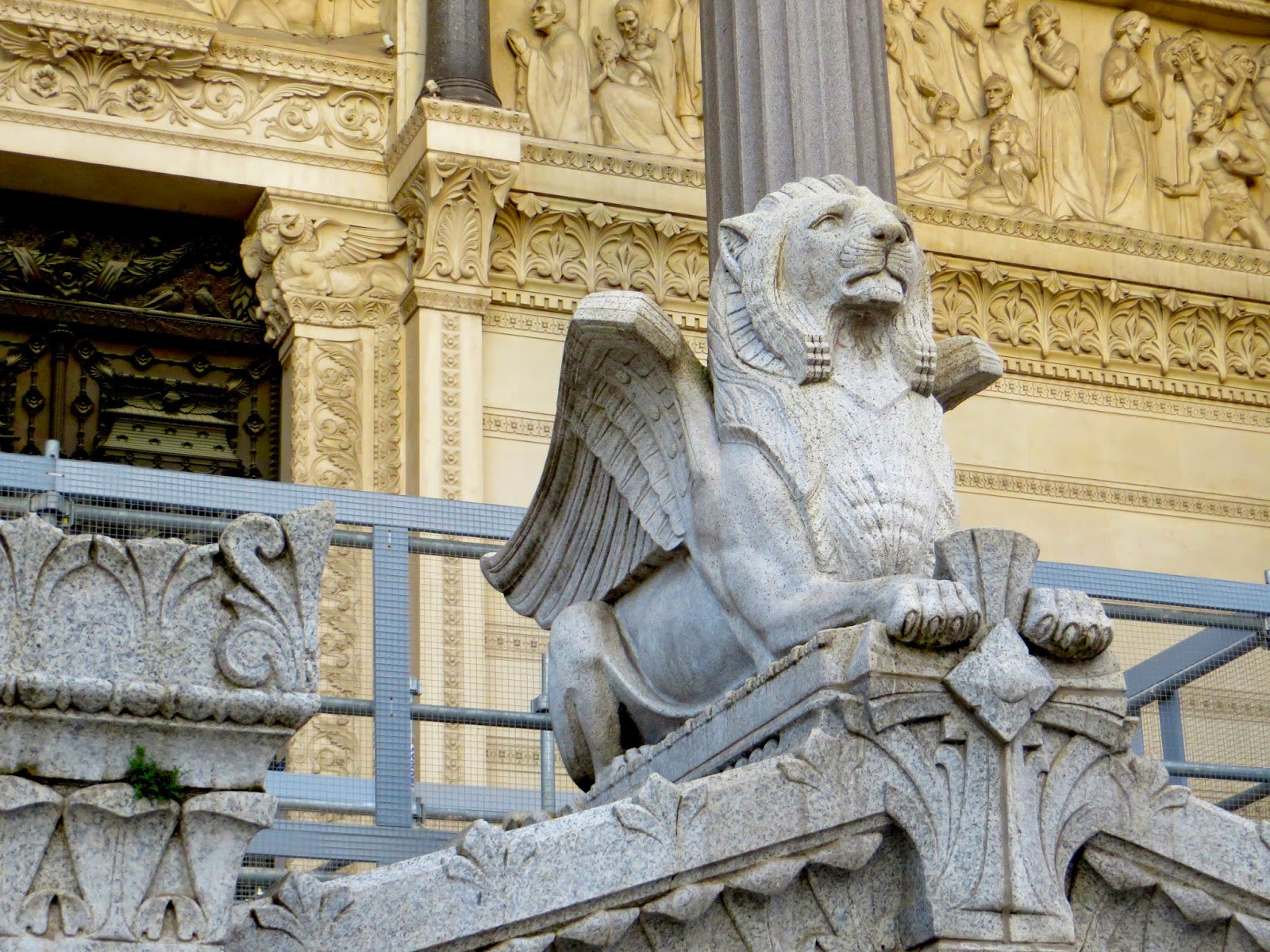 Finally, around 20h, as Artemis hadn't called us yet, we supposed he wasn't going to, therefore, we started looking for somewhere to sleep. First of all, we tried some hotels (around 10) and all of them were either with no rooms available or really expensive. Seeing this, we decided to give it a try to airbnb. We wrote to a little more than 10 people who were offering rooms for 30€ or less and we got lots of answers. Sadly, all of them told us they weren't available that night. As I was running out of battery, we went to a McDonalds in order to charge my mobile phone and get free wifi. It was around 22h when we received a call. There was an available room. We had nothing to lose, so we agreed to sleep there.


We arrived to the building on René Leynaud Street, which was not far away from the Hôtel de Ville, so it was quite centric. It was a rather old and strange building which turned up to be pretty cool (in my opinion). Our hosts were 4 students around our age (they were really nice, by the way) and we talked a little bit before going to have dinner.

We found an Indian restaurant not far away from the appartment, which besides being cheap, was good and as we are exhausted, we decided to have dinner there and going to sleep afterwards.

The following day, we took the metro (baby-metro compared to others I have ever been to) because we had to meet the girl with whom we were going to the airport (thanks to BlaBlaCar). She turned out to be Zimbabwean by birth but she had moved to France when she was 12 years old. We also shared the car with an Italian girl and another girl who, as I think, was friend with the driver.

Around midday were back at the station, saying goodbye to our little adventure in Lyon which I'm pretty sure I'll never forget as it was really fun, exciting and different.

I want to answer to this question before saying goodbye: Why is it Ouigo.com so cheap? The answer is because the stations might not be within the city centre, it's kind the same way Ryanair usually gets its cheap prices. For example, when you come to Paris using Ryanair, you'll arrive at Beauvais airport, which is more than an hour away from Paris (and you'll have to pay 16€ for the bus).

Well, this was our small adventure, I hope you enjoyed reading about it. See you soon!

Email ThisBlogThis!Share to TwitterShare to FacebookShare to Pinterest
Etiquetas: Traveling