As I have already told you, if you are under 26 and an European citizen, you get free pass to every national monument in Paris (and all over France, I believe). In addition, I think that if you are a non-European citizen resident in Paris, you get it too. So, today, I want to talk a little bit about some of these monuments: the Arc of Triumph, Notre Dame, Les Invalides and the Panthéon.

In my opinion, the most famous one is the Arch of Triumph. I mean, everyone has heard of it, or, at least, seen it in pictures/films. Its full fare is 9.5€ for adults, so, hey, you are saving what will cost you two coffees in Paris (yes, they're that expensive, I have even seen coffees for 7€. Of course, you have to learn how to find cheap coffee houses). So, what can you expect from the Arch? The answer is: stairs. 286 steps to the top. Spiral stairs. Dizziness almost assured. Totally worth it, however. From up there you can see what Parisians call "l'Étoile", which means "The star". Why? Look at the photo below. 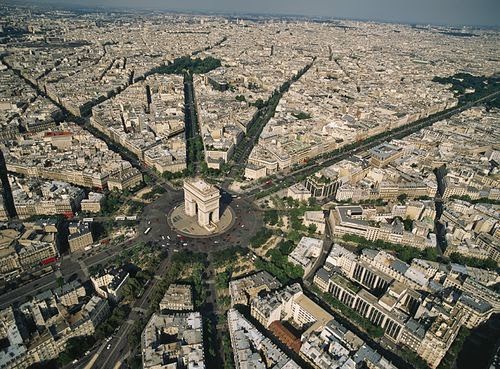 As you can see, from the Arch, we can find 12 avenues and streets which are in a radial disposition. One of them is the Avenue des Champs-Élysées (almost 2kms from here to the Place de la Concorde), and another one, the Avenue de la Grande Armée, which runs towards La Défense, the financial district.

Another well-kown monument is, of course, Notre Dame. Famous thanks to 'The Hunchback of Notre Dame', children and adults from all over the word know it. I don't find it incredibly impressive nor outstanding among other churches but when I think: 'Its construction started 750 years ago', that's when it hits me. How could they do it?! What I find more impressive: the huge rose windows. 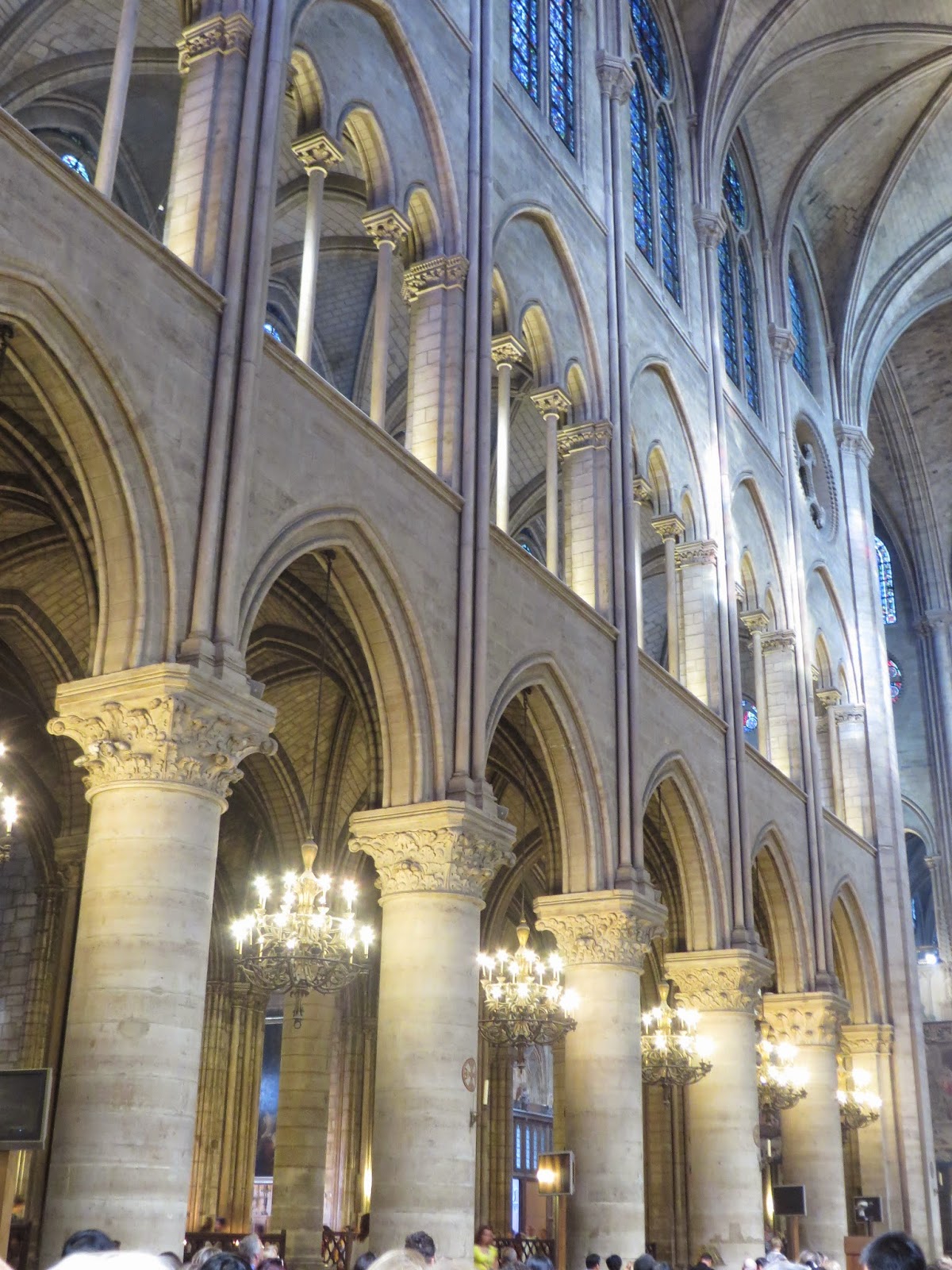 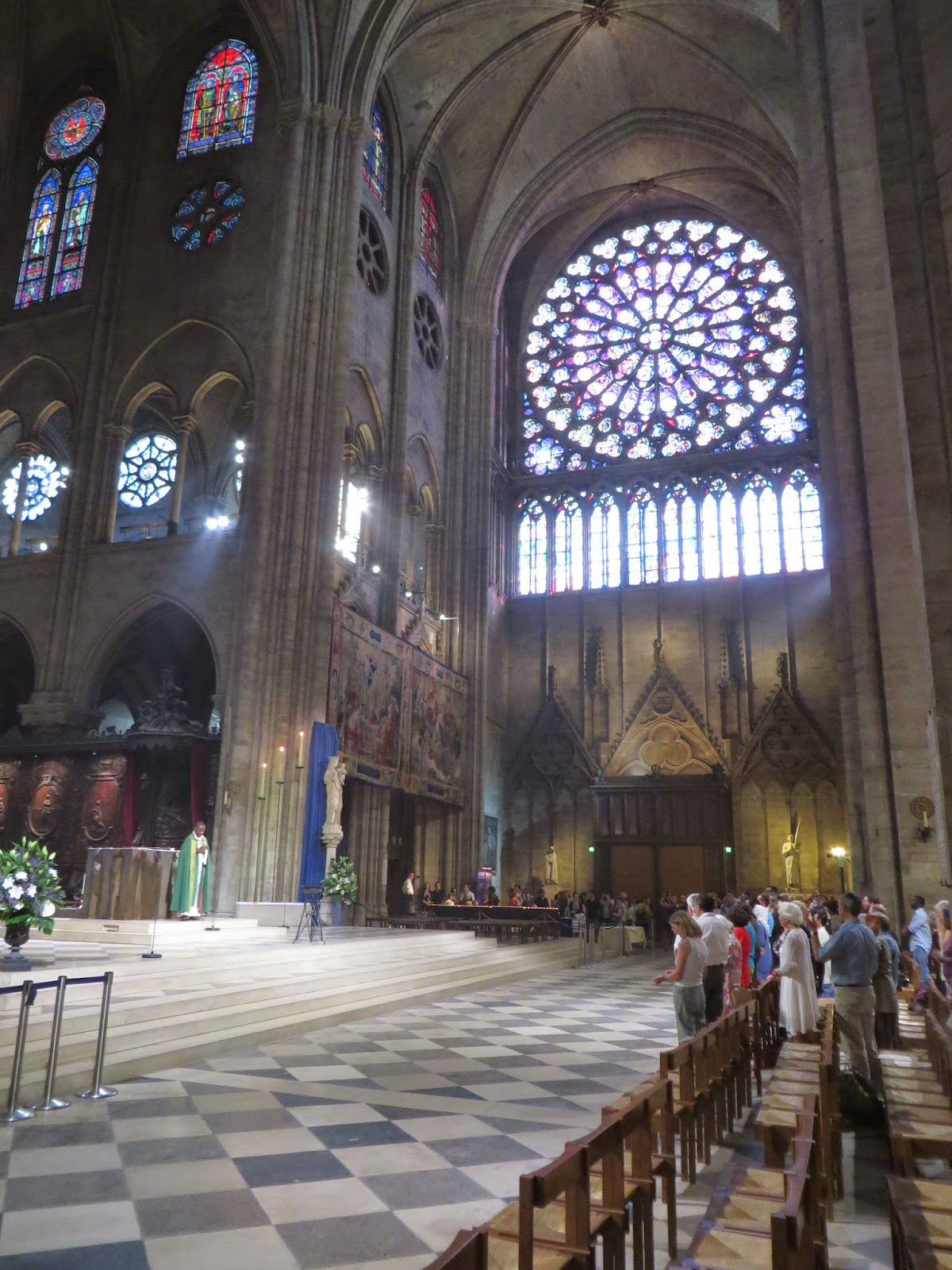 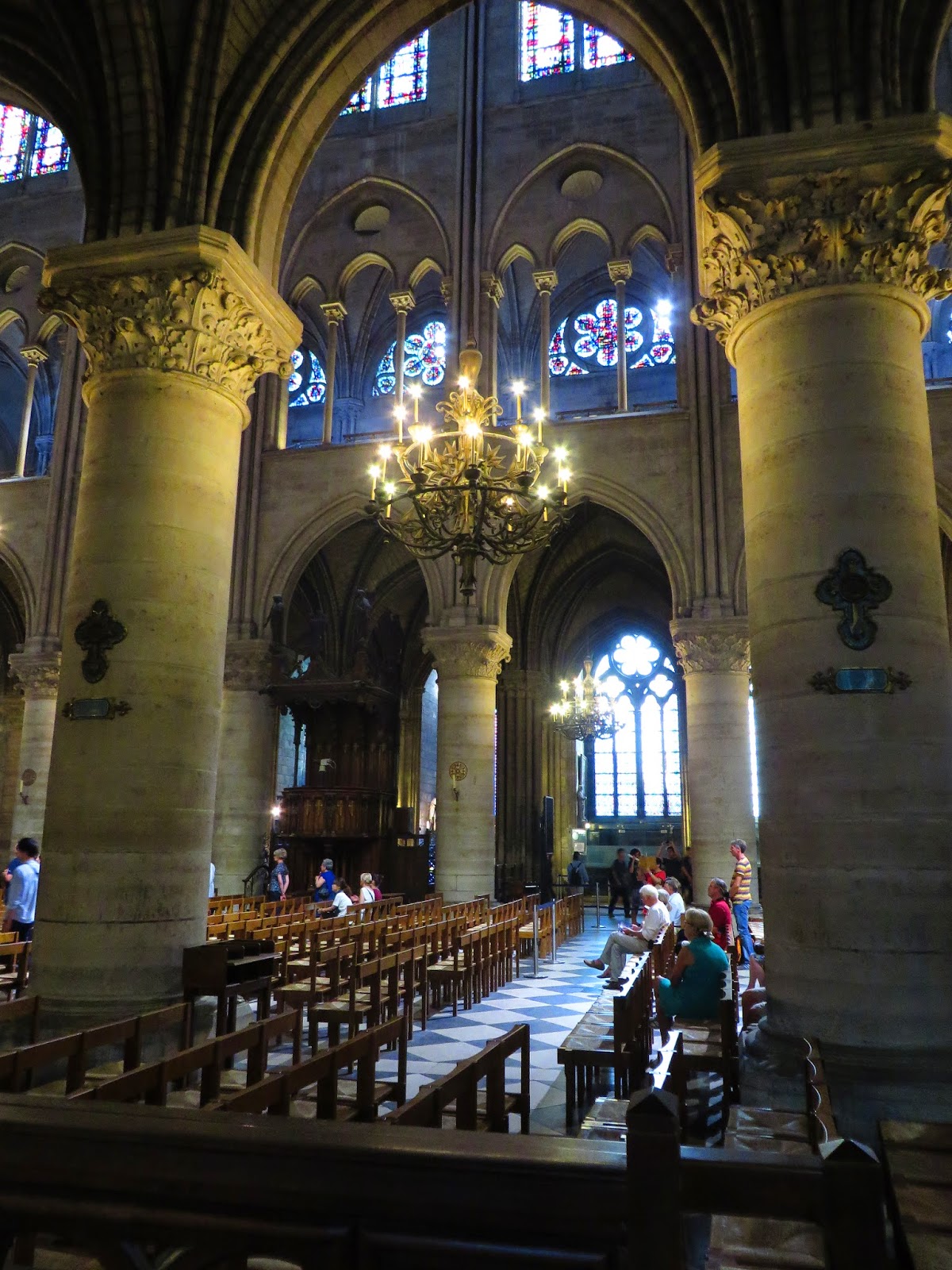 So, I think it's very interesting to climb the stairs of the towers and admire the sights accompanied by the famous gargoyles of Notre Dame. I also recommend you to let yourself fall into Notre Dame's square any summer night, you might find something interesting. For example, I was lucky to find a fire juggling show one Friday night in September. 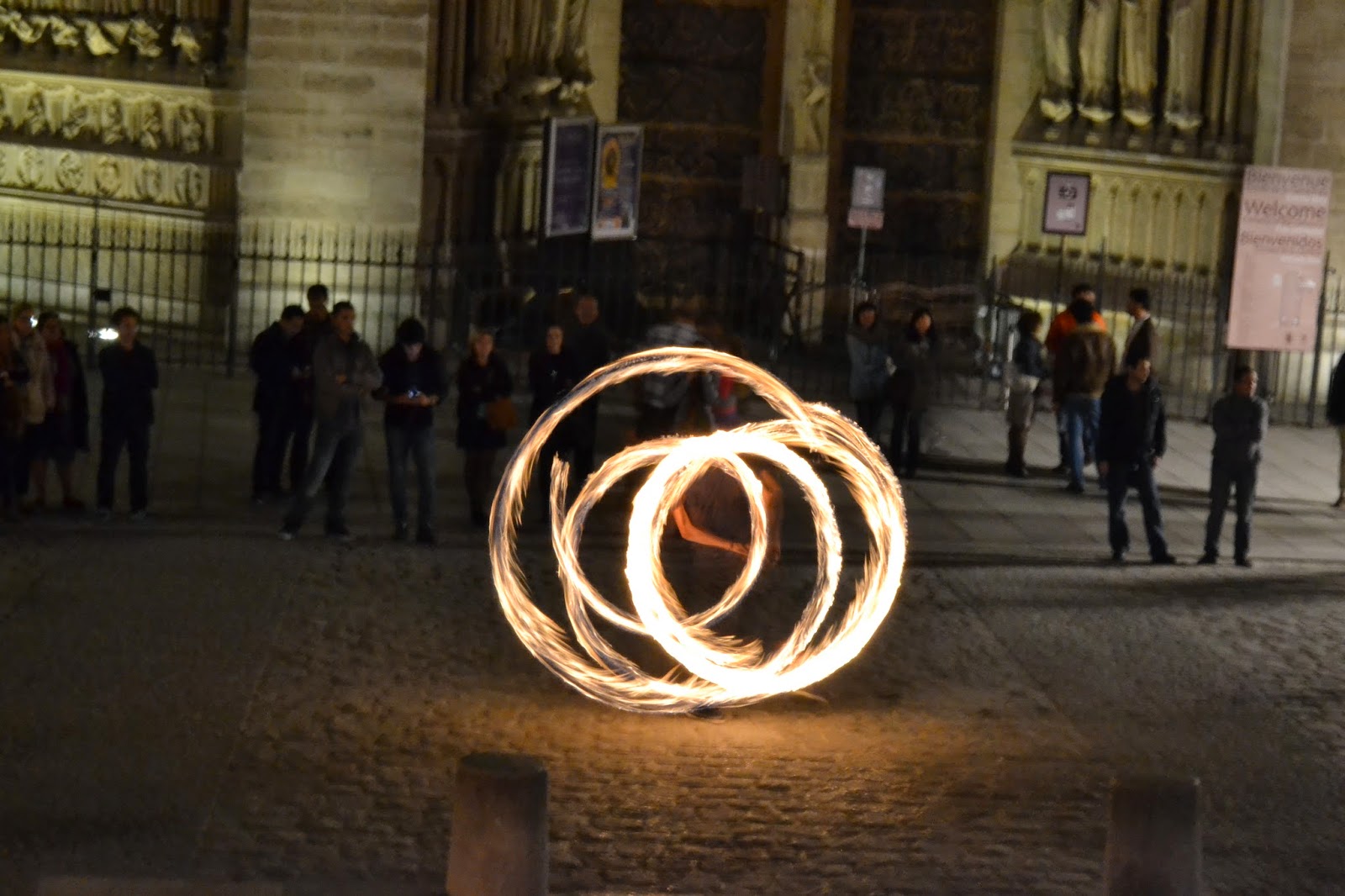 And, this is the marvelous Notre Dame de Paris:

What's a 'bouquiniste'? It's a small bargain bookshop placed by the Seine river, in Paris. Really 'Parissy'.

I also must recommend you to go to the neighbor island (Notre Dame is placed in the Ile de la Cité, the other island is called Ile de St Louis) and buy this amazing, tasteful, creamy ice cream in an ice-cream shop called Berthillon. It is expensive but, oh my god, it's totally worth it. 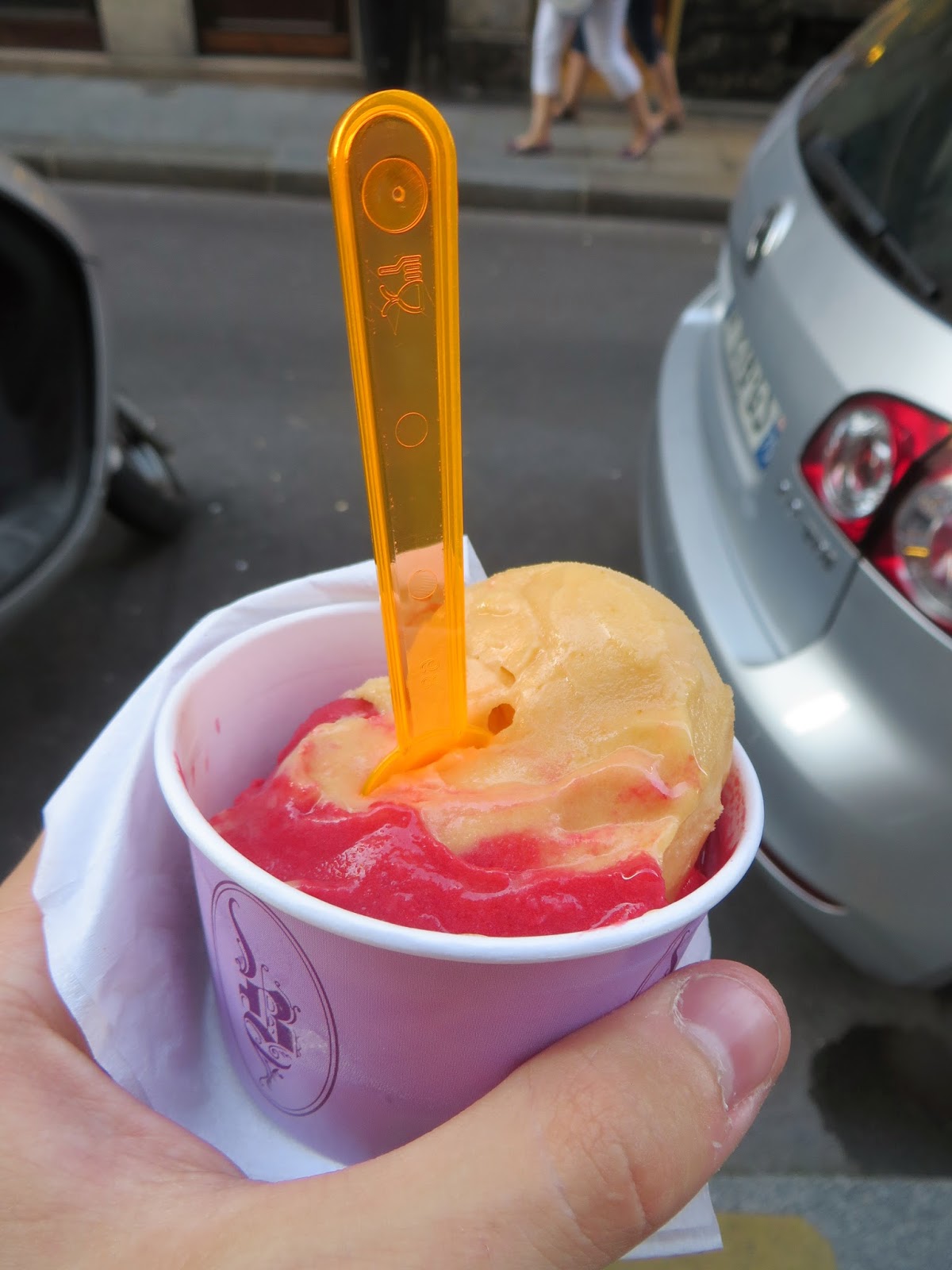 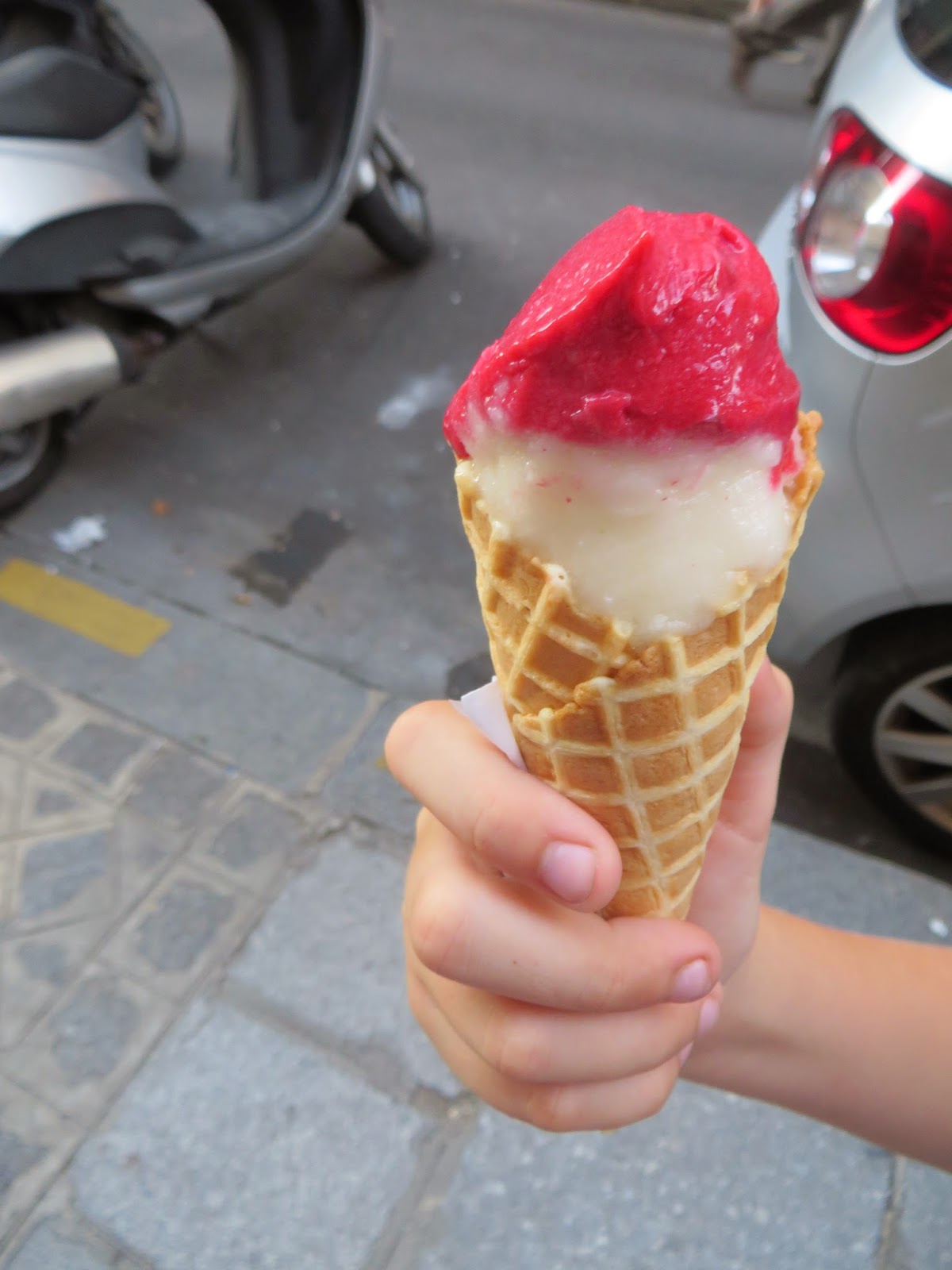 Now, Les Invalides. You might not know what it is. Neither did I. Thanks to not knowing it, I was rather impressed. It's a group of buildings created to host war veterans. But, it's important too because rioters took from here the weapons used during the Storming of the Bastille (and the beginning of the French Revolution). Nowadays, it hosts several tombs of different notable French people such as Napoleon Bonaparte and his brother (who was King of Spain for several years). 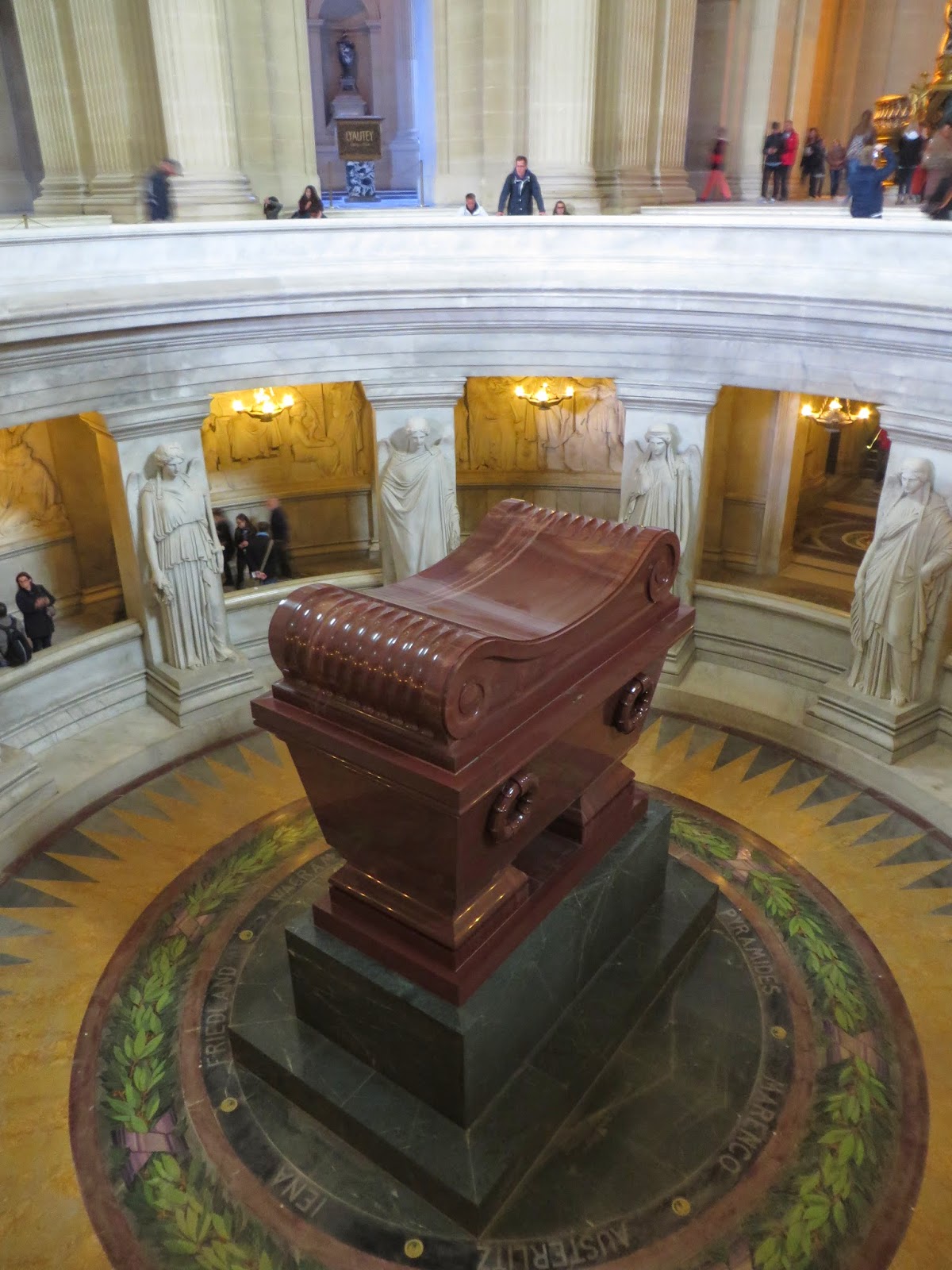 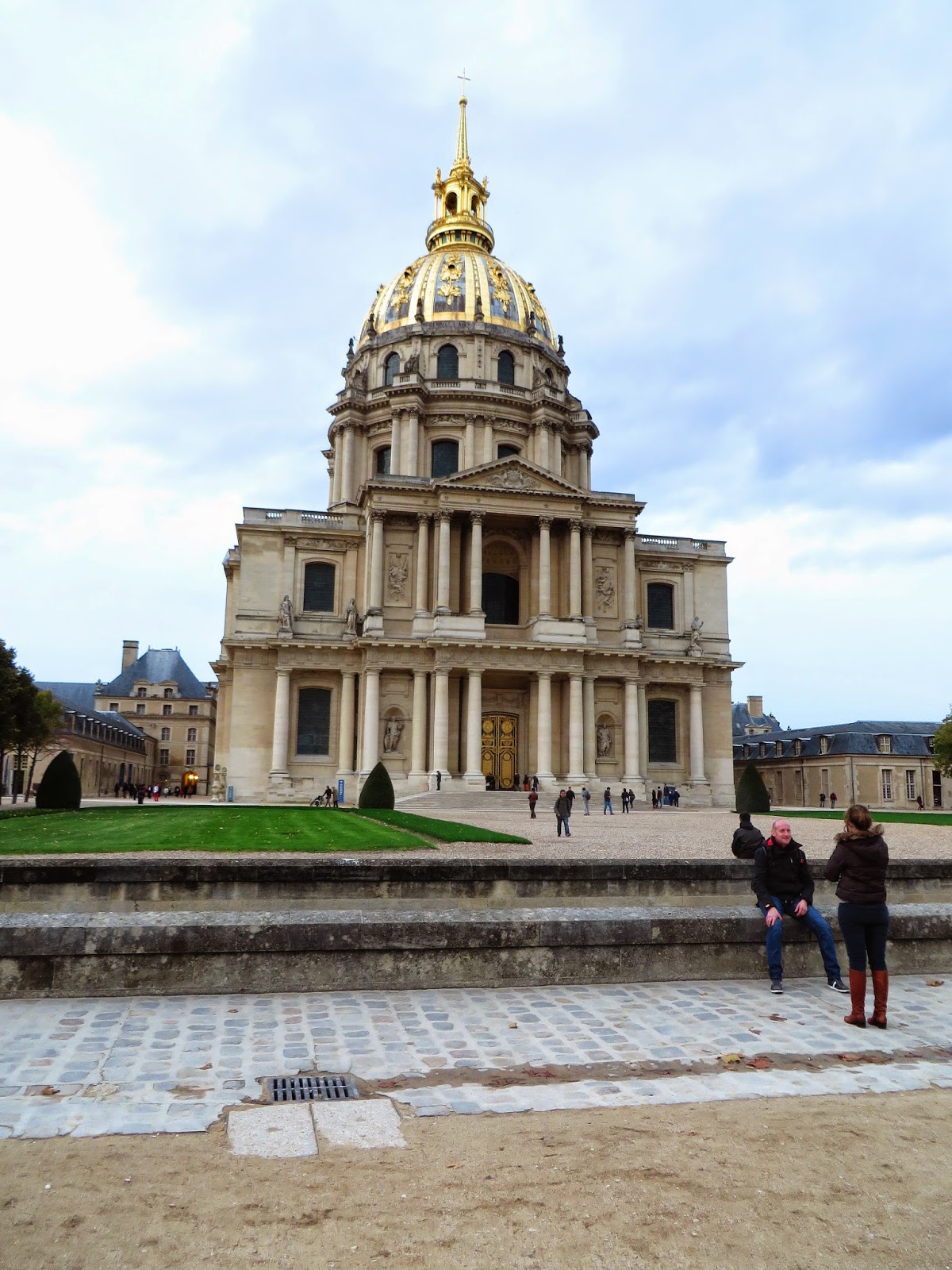 That's the pretty majestic tomb of Napoleon which is in the building under the golden dome. I love when it's sunny, almost at dusk, the angle of the sunlight on the dome is pretty amazing. This buildings are within walking distance of the Tower Eiffel, so please, visit it!

And, finally, the Panthéon. What is it? Well, it used to be a church dedicated to St. Genevieve (patron saint of Paris), but now it houses the tombs of several distinguished French writers (Victor Hugo, Émile Zola, Alexander Dumas), scientists (Marie and Pierre Curie), philosophers (Rousseau, Voltaire) and many others. Nevertheless, for me, the most impressive part is the main floor (and not the crypt, where they all are buried), where normally is the Foucault pendulum. 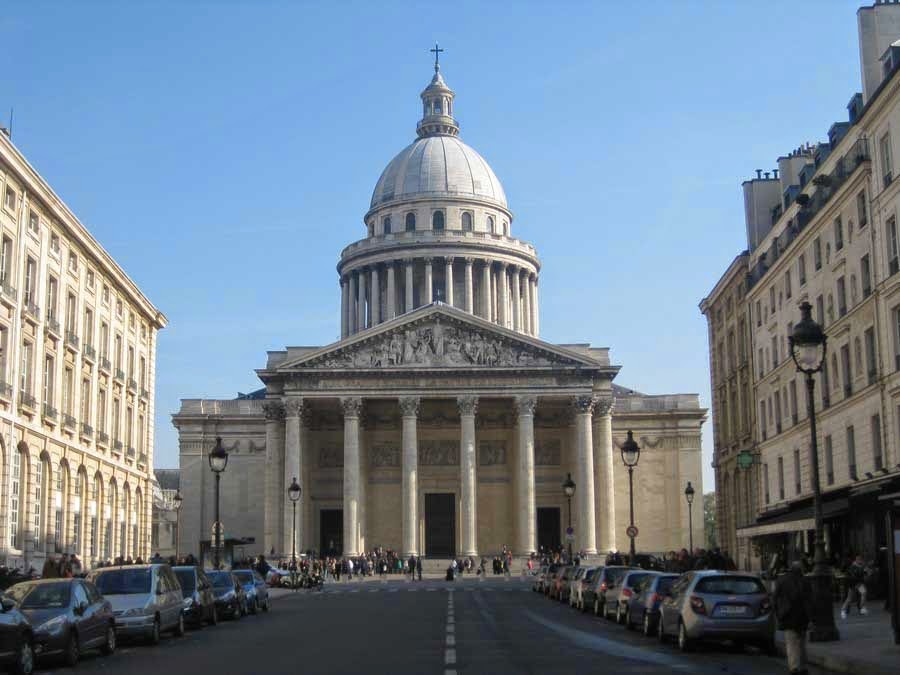 This building is located in the 5th arrondissement, next to the Sorbonne and the Jardin de Luxembourg and it's a 15-20 minutes walk from Notre Dame, so again, please, visit it! Moreover, next to the Panthéon you can visit a little but quite astonishing church called St Étienne du Mont. I love it. It's completely different to the many other churches I have seen in my life. Here some images: 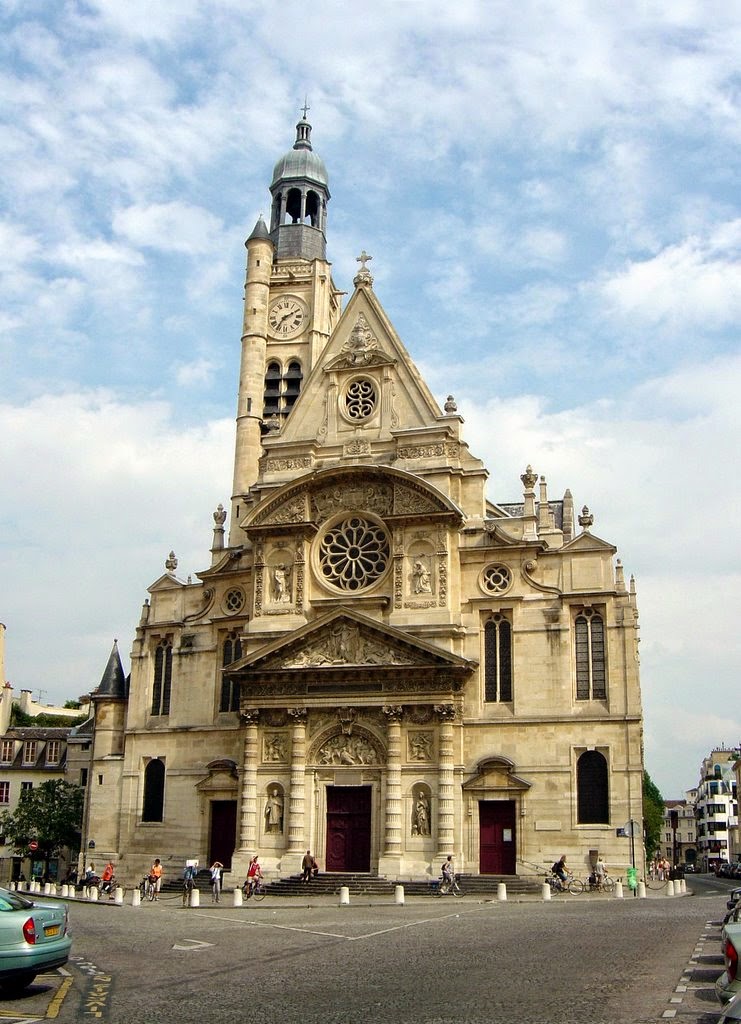 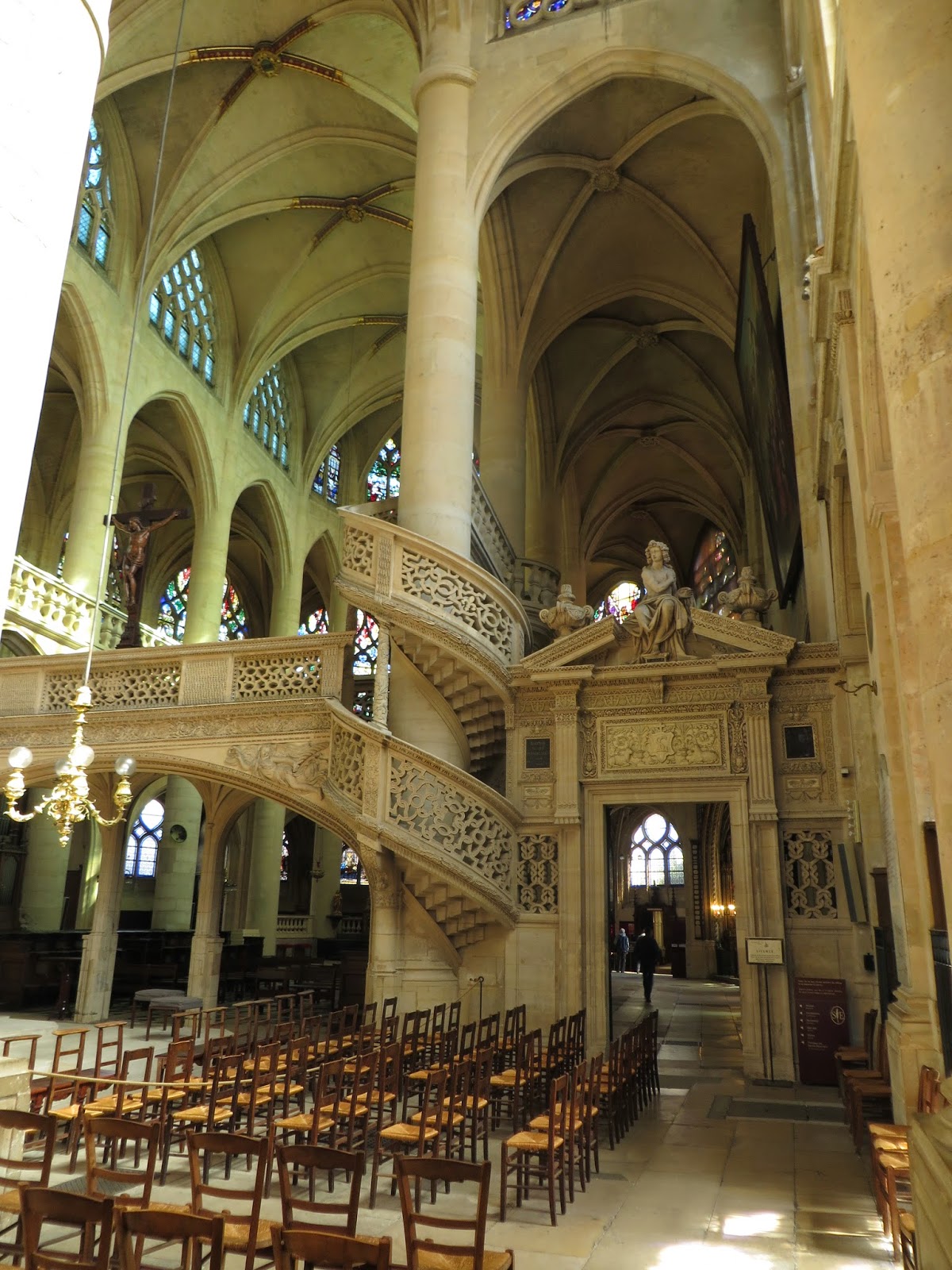 So, this was everything I wanted to say today, but I don't want to leave without mentioning what, in my opinion, is one of the most beautiful buildings in Paris (despite the fact that I have never been inside): the Palais Garnier, the opera house of Paris.

Email ThisBlogThis!Share to TwitterShare to FacebookShare to Pinterest
Etiquetas: Paris